Constant Renewal of Nature as an Eternal Inspiration - London, New York and Jacquemus 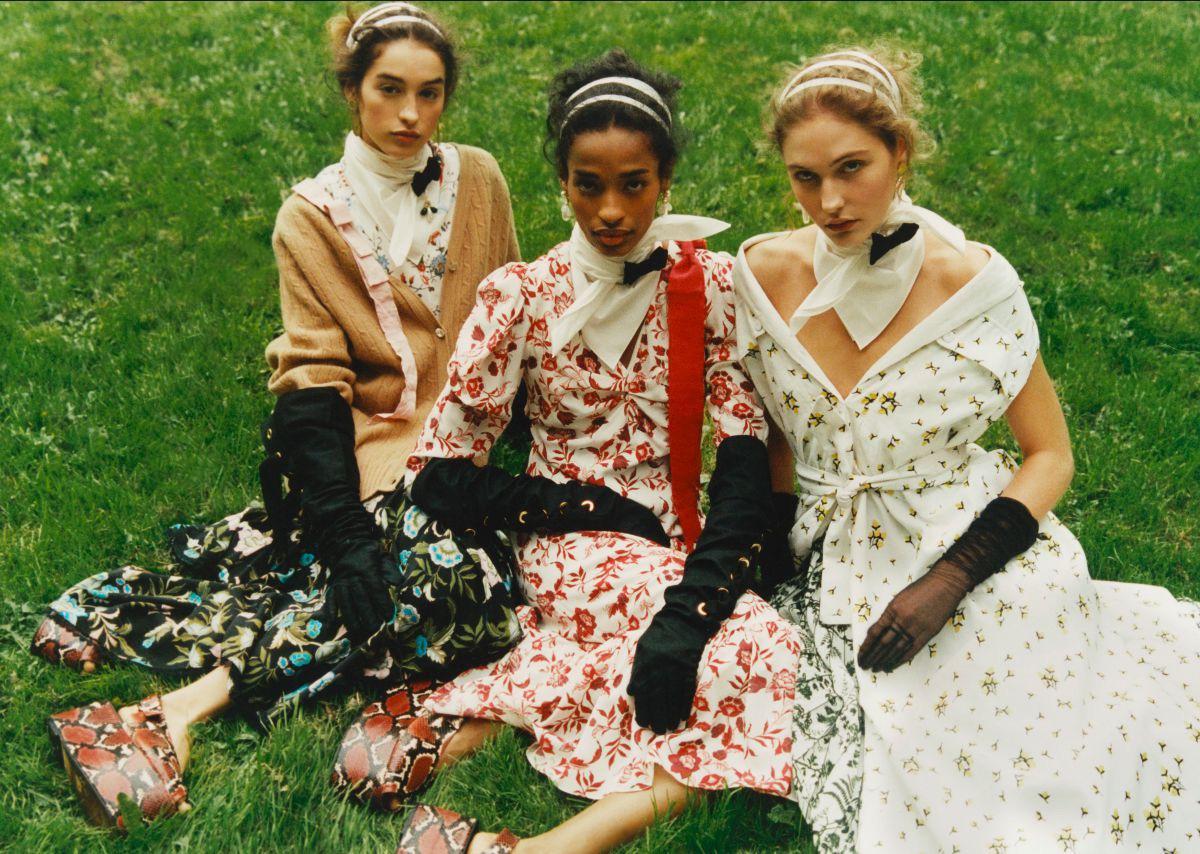 While the French fashion week was dominated by the reflection on the situation caused by the pandemic, Italian designers were filled with optimism when creating the trends of the next spring-summer season. In London and New York, creators expressed the ultimate desire to reconnect with nature.

Erdem
Inspired by the romanticism of Susan Sontag’s The Volcano Love, Erdem presented their SS21 collection in the wilderness of a green forest. The main charachter of the novel - that openly articulates feminist ideas - is Emma Hamilton, who, as the daughter of an ordinary blacksmith, became a half-orphaned model, artist and the heroine of a famous love triangle. The collection inspires us to take on a journey of thoughts, inspiring us to keep our hopes up in these times of uncertainty.

The slow-motion pictures capture the essence of the collection’s historical emphasis: floral jacquards, reinterpreted cardigans, the Empire style inspired by Greco-Roman sculptures, puffy sleeves, ribbons and the sense of modernity represented by pinned hair from the time of Enlightenment.
Burberry
While models of Erdem walked on a runway-like scene between two rows of trees, Burberry’s collection was presented by models who were wandering around the forest, yet also in a quite orderly manner. The performance was accompanied by a live concert of Eliza Douglas, and the co-director of the show was contemporary German artist Anne Imhof. In the seemingly endless array of clothes and models, Burberry’s authentic hallmarks were combined with ultramodern, often costume-like features. For sure, I could not envy the models who were walking in high-heels on the uneven grounds of the forest.

Zimmermann
One of the most awaited SS21 collections was Wild Botanica, presented by Zimmermann. The collection represents the diversity of fashion history, featuring airy silhouettes, bohemian trademarks, ruffles, puffy sleeves, décolleté, closed necks and other feminine lines of different eras. Instead of an outdoor venue, Zimmermann created a sense of nature indoors with a vast variety of plants and greenery.
The film crew also did an extraordinary job. Thanks to the spectacular cuts and the magical decelerations, the video completely inspires the viewers to delve into the scene of the video.
Jason Wu
Inspired by the landscapes of Tulum, Mexico, Jason Wu created a gorgeous tropical forest-like setting on a New York rooftop. The designer created an easy-to-wear, colorful, yet minimalist collection for the spring-summer season.
Jacquemus
Becoming world famous at a young age, Jacquemus unveiled his spring-summer 2021 collection named L’Amour. His genius lies in his complex imagination and peculiarity of recreating the classic trends. After his previous lavender field, he now took a handful of his lucky audience to a wheat field and recorded the show with exceptional cinematic tools.
Peter Do
Leaving the mark of his creativity on Céline, the designer now presented his collection envisioned under quarantine to the New York Fashion Week. The mixture of beige, brown, ivory, blue and denim creates functional pieces that allude to the wardrobe of both the urban woman and the adventurer exploring exotic landscapes. The bold layering and creative styling of Editorial nature made the outfits even more appealing.
Compared to the majority of shows created with large budgets, Peter Do’s low-budget presentation is rather minimalist, leaving more space for our own imagination. The neutral and homogenous backgrounds allows us to visualise any kind of background, whether being an urban landscape or a plain desert. The carefully captured slow motions draw life in front of the neutral background.
___
Cover picture: Erdem by IMAXtree

The Milan Fashion Week of September 2020 is a great example of how digital ...

Both presentations of Saint Laurent’s SS21 men’s and women’s collections ...